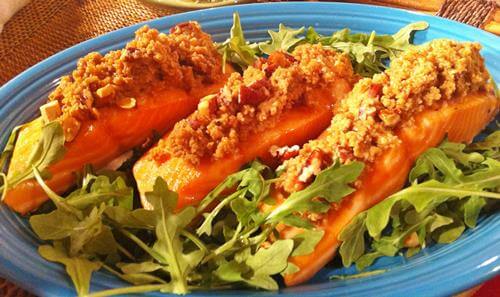 Fish that’s frozen right after it’s caught and kept frozen until you prepare it is probably the best way to get the health benefits commonly associated with eating more fish and seafood. So says author Paul Greenberg, who has written about the seafood industry in several award-winning books.

In his new book, The Omega Principle, Greenberg says harvesting tiny fish for omega-3 supplements is leading to less healthy and bountiful oceans even though its effectiveness remains in question. “My impression, when talking to health professionals is that, generally speaking, it’s better to get omega-3s in food form, just like it’s better to get many different forms of nutrition in food rather than through a supplement…We evolved to eat whole food,” he tells Terry Gross in a new interview for her NPR series, Fresh Air.

He also points out that fresh fish offered for sale in a display case was almost certainly frozen first, and it’s better to leave it frozen than to expose it to air, which makes it vulnerable to contamination and allows degradation to occur.