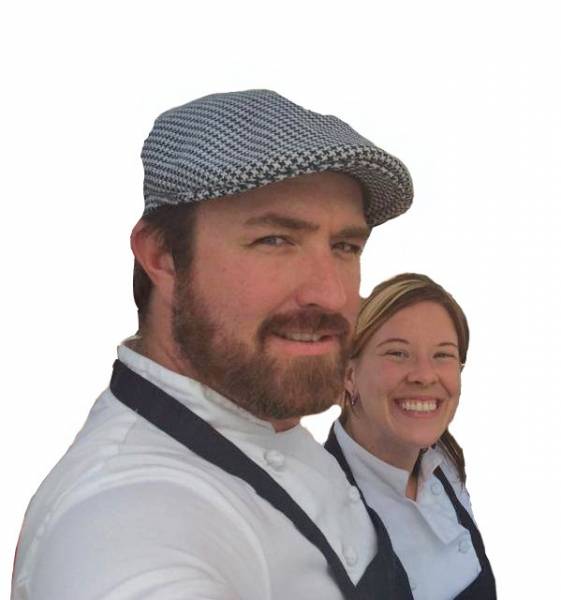 MOVING INTO THEIR NEW KITCHEN SPACE at 1228 E. Fillmore will allow Mountain Pie Co. to expand their menu. Here’s Matt Campbell’s overview: “We’re bringing back our chicken mushroom gouda and introducing an Italian sausage and ricotta torta, pork-apple-and-fennel pasties and chicken-apple-and-tarragon sausage rolls, as well as a new quiche menu, and Indian-style baked samosas (with potatoes and other veggies.)” Also in the works: five-ingredient unbaked, frozen pie crust! “Pull it out of the freezer and let it thaw for an hour or two and it’s ready to bake,” Matt says. “It’s easy to find frozen pie shells but one thing we didn’t see out there was a crust made with just a few simple healthy ingredients.”

Find these new pie flavors, pre-made pie crusts and more at the new RFD, scheduled to open at 1228 E. Fillmore in January!

A recipe recommendation from Matt…
For the holidays, Matt lined up 24 organic pie pumpkins and roasted them himself to make Mountain Pie Co.’s handmade buttermilk pumpkin pies.

But Matt has another suggestion for how to use up your pumpkins this winter. Try Alton Brown’s super-easy version of Pumpkin-Soup-In-A-Pumpkin.

“Take a pumpkin, cut the top off and de-seed it. Then add cream, broth, different spices and vegetables and put the lid back on it. Be sure to put it in a similarly sized dish so it doesn’t collapse,” Matt explains. “Then put it in oven for a couple of hours. After that, take off the lid and mix the contents with a spoon, and cook it for another half-hour or so in the oven and it’s ready!”

So how does Matt answer the question of which food he just can’t do Christmas without? “Roast lamb with gravy and mint sauce,” he says. “We wouldn’t have Christmas without that. Also, a Christmas ham. I’ve noticed here in the United States you serve a lot of sweet dishes. You wouldn’t see that in New Zealand; it’s all very savory over there.”

Coming soon! More holiday cooking and baking tips from Matt and some of our other favorite local chefs and bakers!