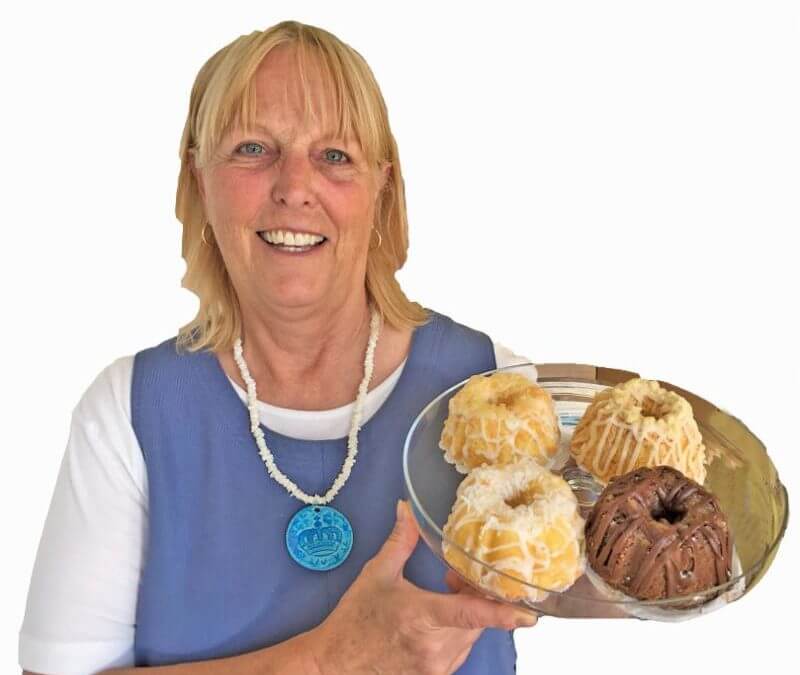 In 2015, Victoria Johnson started a business to honor a dear friend who had recently passed away by making her favorite dessert: Italian-style rum cake.

Aware of the exploding interest in gluten-free foods, she was determined to create an option that would fit the trend without compromising on natural textures and flavors. From those origins, Crown Cakes was born, offering handcrafted mini-bundt cakes that are gluten free, organic and non-GMO. You can find them in the frozen foods section at Ranch Foods Direct.

She still makes rum cake but has since branched out to many other flavors. Having lived in England for a decade, she drew inspiration from her favorite TV cooking show, the Great British Bake-off. Seeing the clever inventions of contestants on the show convinced her to experiment with her own combinations of fresh herbs married with classic flavors like vanilla, chocolate and strawberry, resulting in more depth and originality.

“When I started this nobody else was doing it, but it’s becoming more common now,” she said. “My favorite is the combination of coffee and cardamom.”

Using high quality dried herbs, she offers some obvious pairings – like mint and chocolate – but many of them are unique: key lime with ginger, pumpkin with anise and apple with tarragon. With the arrival of spring, she is in the process of changing up her menu to include more seasonal fruit-based flavors.

Next up, she’s also working to perfect a sugar-free version of some of her most popular cakes. 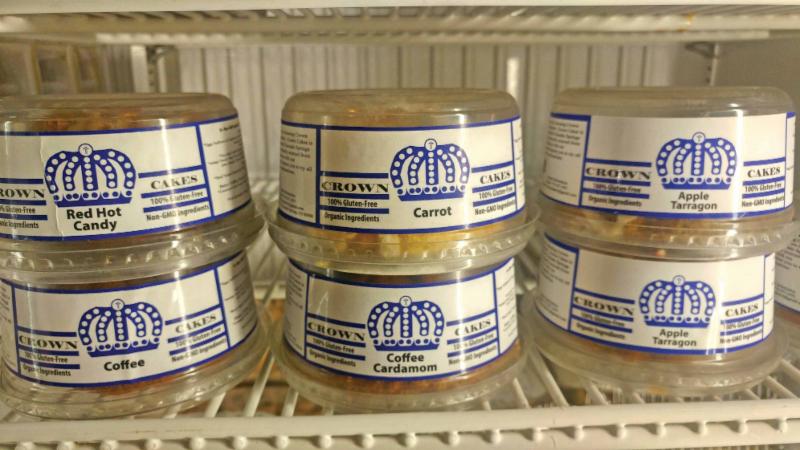 As an artisan food entrepreneur, Victoria credits Ranch Foods Direct with giving her and other small vendors an outlet for their products and being a force for change in the local community. Of owner Mike Callicrate, she says, “He is just so supportive of local businesses.”

Asked to name her favorite RFD products, she said she doesn’t eat meat often but when she does, she splurges on prime-rib or filet mignon. She also likes the selection of locally made dried pastas and pasta sauces and the coconut curry hand pies from Mountain Pie Co. (Matt Campbell makes the popular pies inside his own kitchen space at Peak to Plains Food Distributing, sister company to Ranch Foods Direct. He uses Callicrate meats exclusively.)

Victoria’s husband Keith eats meat more often, so naturally he’s a big Ranch Foods Direct fan too. Some of his favorites include the Callicrate ground beef and the sausages, especially the house-made spicy beef chorizo.

Ranch Foods Direct has the best beef and pork in town but also strives to offer a wide variety of items that appeal to different tastes, preferences and food sensitivities. Take your time and browse the wide selection of items.