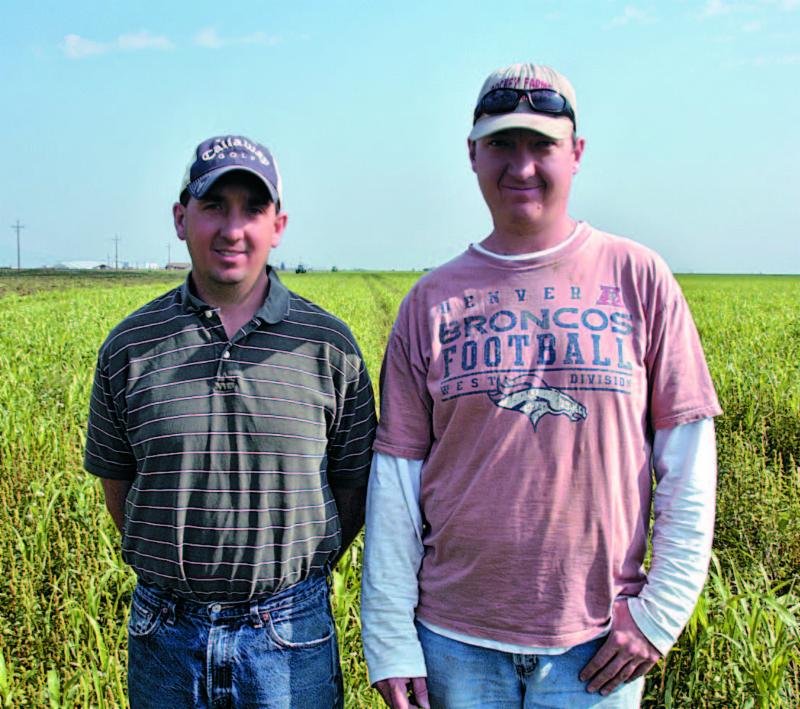 Sheldon and Brendon Rockey (right) still vividly recall the day in the mid-1990s when a neighboring farmer came to their farm excited about the possibility of growing a new kind of potato.

That neighbor was the San Luis Valley’s oldest and best-known organic farmer, Paul New, and the potato was the long slender fingerlings that were already popular in Europe. The Rockeys were persuaded to try it, although there were challenges. “There was no equipment designed to pick them up, so we had to pick them all by hand,” Sheldon recalls. “Back then our father and uncle grew only two or three varieties and all they had to do was the growing part of it.”

As it turned out, food and farming were on the cusp of big changes. Today, the Rockeys and the News co-own and operate White Rock Specialties, a packing shed in Mosca that doubles as a regional food hub. The Rockey farm, long known for its production of certified seed potatoes, has branched out into supplying the fresh market. And the number of different varieties grown on the farm now exceeds two dozen.

They’ve made other important agronomic changes too. Brendon Rockey has become widely known for being a dynamic, enthusiastic soil health champion who travels the world telling his story of how returning to traditional farming methods helped him create more resilient and productive soil, cut down on water use and suppress weeds and pests without the need for harsh chemicals. He grows his potatoes in a rotation with forage cover crops, which are in turn intensively rotationally grazed, and plants pollinator strips throughout the farm to attract beneficial insects, biological practices that make for better soil.

They also make for better tasting potatoes, Brendon says. “One of my proudest moments was when a neighboring farmer who raises 20 circles of potatoes came to me to buy some of mine for dinner because that’s what he wanted to eat,” he says. “As producers, we’ve got yield figured out. What I want to do is improve the quality of my potatoes, and do it while spending less on artificial inputs.”

In store now: Potatoes from the San Luis Valley, including bagged fingerlings grown by Rockey Farms, where the priority is on healthy soil for tastier potatoes!