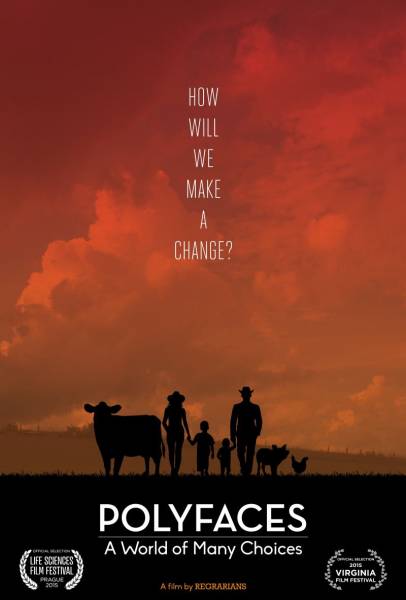 During the course, participants had the chance to attend an evening screening of the documentary film Polyfaces, which was produced by Doherty’s wife, Lisa Jane Heenan. It was shown at the local Cheyenne Theater in downtown St. Francis, Kan., and presented free to the public in exchange for a goodwill offering. Heenan’s visually arresting film tells the story of Polyface Farm, one of the best-known examples of alternative agriculture in the country. It traces the farm’s history, makes clear why owner Joel Salatin remained committed to sustainable principles, reveals how the farm eventually developed a cult following and how its influence shaped the lives of its owners, workers and customers along the way. (DVDs of the film and information on guest screenings are available HERE.)

Heenan explained that the project was a five-year labor of love that began in 2011 with one main objective: encourage viewers to shop consciously by considering the type of agriculture they support when they spend their food dollars.

The Regrarians course concluded on March 31, but Doherty said in many ways the end is only the beginning. Using Facebook and Google Docs, he plans to engage roughly 240 alumni from this year’s tour in an ongoing dialogue. Graduates will have the chance to interact, ask each other questions and brainstorm new ideas in the months and years to come.

Meanwhile, Callicrate Cattle Co. now has a thoughtfully honed and meticulously detailed blueprint to follow as the farm continues its transformation toward a more regenerative, self-sustaining, ecologically attuned production model.