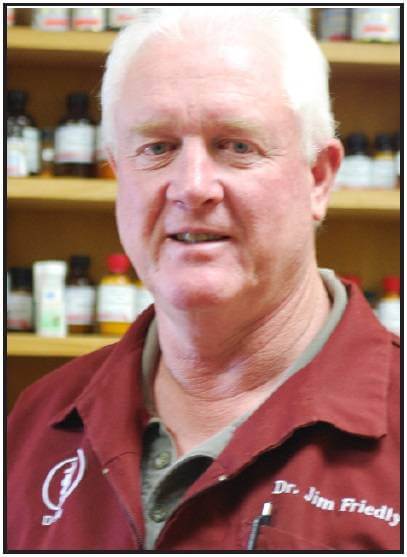 Vet says balanced diet first step to healthier pets
Over a 30-year career, veterinarian Dr. Jim Friedly has transformed his business from a conventional mixed practice into an alternative health care clinic for pets and horses. Although he has a wealth of homeopathic, herbal and acupuncture remedies at his fingertips — in addition to working in tandem with traditional animal medicine practitioners — he still recommends a balanced diet as one of the most effective means for reestablishing good health.

He often refers his clients to Ranch Foods Direct for natural, real-meat pet products that offer the same benefits to pets as the beef offerings do to health-conscious consumers.

Unfortunately, pet owners often look to treatments and overlook the fundamental importance of good nutrition, an attitude that is being alleviated somewhat by all of the emphasis on the safety of pet foods (and even human foods) following a nationwide recall that started back in March. Different aspects of the issue have continued to unfold in the media in the months since the problem first surfaced, raising new questions about the food supply and the government agencies charged with protecting it.

“People have been buying stuff, and they don’t even know what’s in there and where it’s coming from.”

Greater nutritional awareness
Pet owners are now reading ingredient labels more carefully and red-flagging terms like “dehydrated” or “vegetables added” while keeping an eye out for chemical preservatives. They are also buying better quality foods that are natural and contain real meat.

“There’s no good argument (for putting grain in pet foods),” he says definitively.

“The only reason is to reduce the cost of the food, and that’s why they do it.

Clients coming to see me almost always end up changing their pet’s diet to a better diet. Then everything else gets better.”

Dr. Friedly has always been a leader in his field. He was one of the first in the entire region to invest in high tech diagnostic and treatment equipment such as ultrasound and the surgical laser. Now he’s leading the way again with his holistic companion animal clinic, the Natural Healthcare Center for Animals, located in Falcon. He’s going back to the future, in a way, by introducing ancient Chinese medicine, one of only about a handful of vets in the entire nation with advanced degrees in the emerging field of study. It attempts to address the root of a problem rather than its symptoms and relies on a range of herbal and homeopathic remedies to correct physical imbalances.

Calling himself a “country boy from Wyoming,” Dr. Friedly says he’s a regular guy, not a “way out extremist.” He turned to alternative treatments when attempting to cure his own case of tennis elbow. “I tried acupuncture and it worked,” he recalls. That sparked a decade-plus intellectual journey into the arts of alternative medicine. Now he treats pets and horses with acupuncture too.