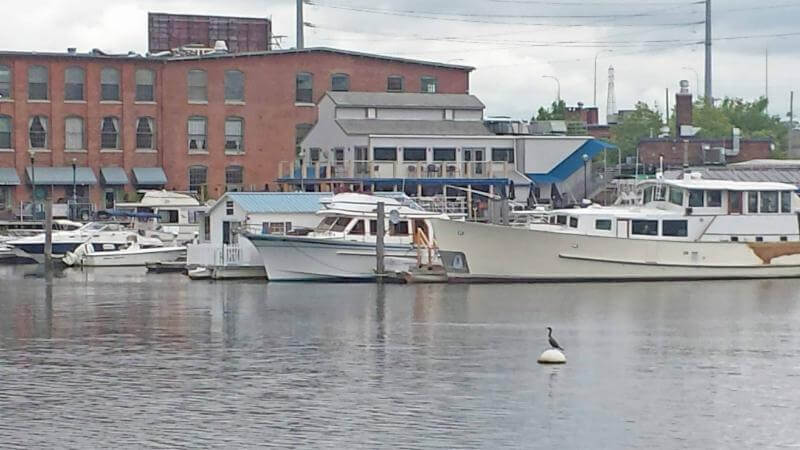 Fishing boats in Providence Harbor, above. With a world class fishery right next door, one of the city’s best young chefs, Derek Wagner, started to wonder why his supplier wasn’t delivering locally caught seafood he could serve in his restaurant. Frustrated and dissatisfied, he decided to take matters into his own hands and reach out to local fishermen directly. 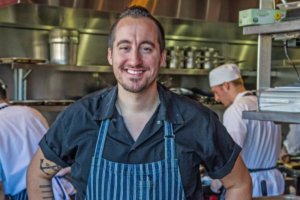 The day Derek Wagner asked his food distributor where the fish he was buying came from, and couldn’t get a straight answer, went on to change his professional life forever. Now co-chairman of Chefs Collaborative, a national guild of professional chefs, he had grown up in a working class family in Providence, Rhode Island, before going on to open his own restaurant. It was important to him to support his local community. After that fateful conversation, he decided to make a commitment to source all of his seafood from local fishermen, a pledge he’s maintained for the past decade. “We work with them to use what they have when they have it,” he says.

Speaking at a sustainable seafood symposium in his home state, he added, “It’s a testament to what is possible for one small chef to do. There is a market for change. Chefs are influencers and powerful change-makers.”

Ranch Foods Direct owner Mike Callicrate, who attended the symposium and heard Derek describe his story first-hand, came away impressed. To meet a chef so committed to transparency and local sourcing restored his faith in what might be possible throughout the restaurant industry. “He really gets the impact this has on local economies and the environment and why it is so critically important to our future,” Mike says.

nick’s on broadway, Derek’s restaurant, is located at 500 Broadway in Providence, Rhode Island.

DID YOU KNOW? … Ranch Foods Direct offers 100% wild-caught USA salmon, halibut and more, purchased direct from U.S. fishermen. Check out the selection in the frozen seafood section at the store.