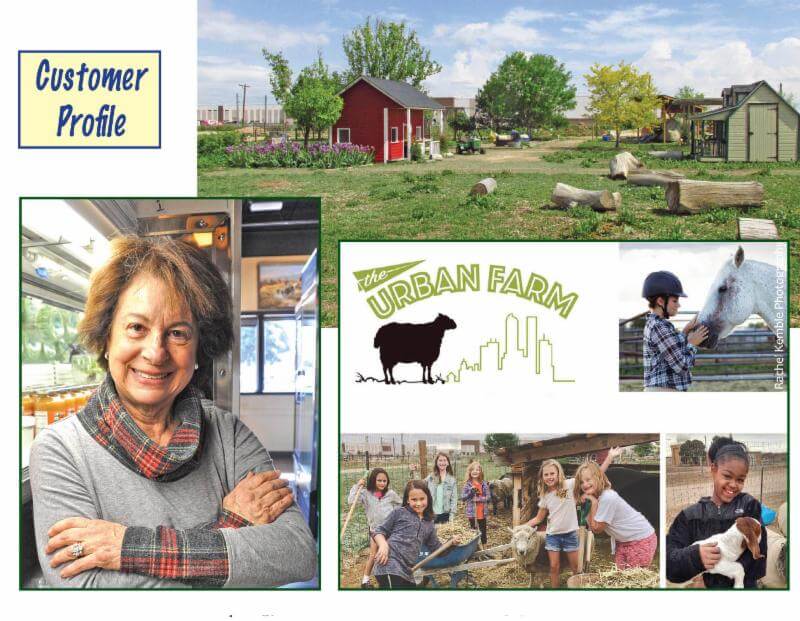 Growing up in the meat business, she learned what true prime is

Felicia Diamond is such an avid fan of Ranch Foods Direct that she drives down from Denver to buy her meat. As she was stocking up on tenderloin and New York strips, lamb, bone broth, short ribs and roast recently, she talked about why she is such a dedicated customer.

“I grew up in the cattle business. My grandpa had a feedlot and a slaughter house in Denver, so I grew up eating prime beef raised the old fashioned way. We were wiped out in the flood of 1965. We lost everything. For years, I looked for decent beef and hadn’t been able to find it. A few years ago I ran into Ranch Foods Direct, while it was being sold in Denver at the indoor farmers market,” she explains.

“Here are the things that are important to me: I’ve been an organic eater since I was about 23 or 24 and just really, really picky. I began to look for meat processed and raised in a humane way. And years later Temple Grandin (Colorado State University’s world famous animal welfare specialist) came along, and I read all of her stuff and listened to her speeches and I knew that Callicrate was using her technique. It’s not only better for the animals, it’s better for your own health. That’s why I come here. Because of Temple Grandin and because of the taste of the food. When I have people over and I serve steaks, my friends – who often go to eat at the top steakhouses in Denver – will say that these steaks are the best they’ve ever had. And I know they’re the best steaks I’ve ever had.”

When it comes her favorite resource for home cooking inspiration, Felicia has found the meal kit concept appealing. “We’ve tried it, and we loved the recipes. They’ve been really good. It’s stuff I would never make. I’m just not that creative. My greatest invention of the last decade was that when I’m roasting chicken now I put fruit and vegetables in with it, and garlic and onions. So everyone’s impressed that in the summertime I’ve got pears or peaches in my food, and they all get excited about it.” (Ranch Foods Direct quality meats are offered through one meal kit company, Boulder-based Green Chef; see more about them below.)

Outside of the kitchen, advocating for farm and food literacy keeps Felicia busy in her retirement – she is very involved with The Urban Farm at Stapleton, which provides education for children and hosts farm-to-table dinners during the growing season – and she says it also keeps her young. “I walk, I ski, I dance and I work out at the farm. And I eat great meat!” she laughs. “In fact I grew up eating T-bones three times a week! But I think when it’s pure meat it’s good for you. Back when my parents were growing up, they weren’t putting artificial hormones in our meat supply.”

Ranch Foods Direct sells beef and pork raised naturally, with no growth promoting substances, for the finest taste and quality.