In store now: the best meat anywhere…and everything else you need for a holiday filled with deliciousness and joy! 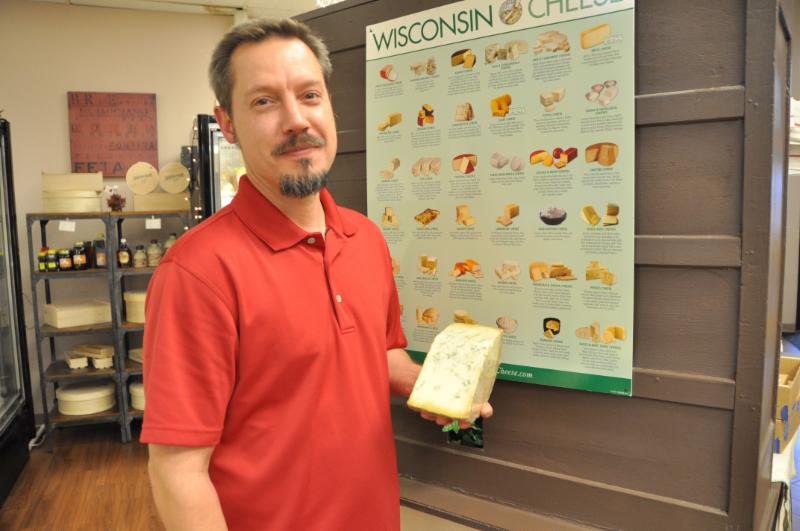 THE HOLIDAYS ARE A GREAT TIME to experiment with new cheeses. So says Keith Hintz, owner of Springside Cheese in Pueblo, a certified cheesemaker and Ranch Foods Direct cheese supplier. He and his extended family members make and sell multi-generational Wisconsin-style cheeses that incorporate local ingredients like Ugly Dawg Salsa and Pueblo chiles.

One of their most unique offerings is the blue cheese cheddar. Combining two familiar styles into a single cheese is one of the newest trends in creative cheesemaking, he says. “The problem with blue cheese is that it typically doesn’t melt very well; this way you get the nice melt of the cheddar with some of that distinctive blue cheese flavor.”

Keith believes holiday celebrations call for big, bold flavors. “I like to get a sharp cheddar that’s been aged two to five years. It’s a little more of a splurge, especially with a nice cabernet.” (Springside’s own version won a silver at the World Cheese Awards in London in November and second place at the American Cheese Society Awards last July.) And a trick he learned from his English brother-in-law? “You take a wheel of Blue Stilton, hollow out the center, pour port inside and scoop it back out.”

Despite being a Wisconsin transplant (he knows his cheese curds) Keith is among the area’s most passionate local food advocates. This past year he took over the reins of the Colorado Cheese Festival, shifting the focus to artisan cheese-makers and moving the event to Pueblo, where it sold out of all 800 tickets. He’s also working to establish his own plant where he can turn local milk into cheese while educating the public on the art and craft behind milk’s proverbial leap toward immortality. (CLICK HERE to see the latest updates from Springside Cheese.)

Browse the wide selection of Springside Cheeses at the Ranch Foods Direct store: Check in the dairy case for Wisconsin-style cheese curds and much more!

Pick out your favorites; make your own meat-and-cheese tray.