Fate of small farms depends on commitment to supporting them

Organic farmer Demetria Stephens checks on a field of heirloom 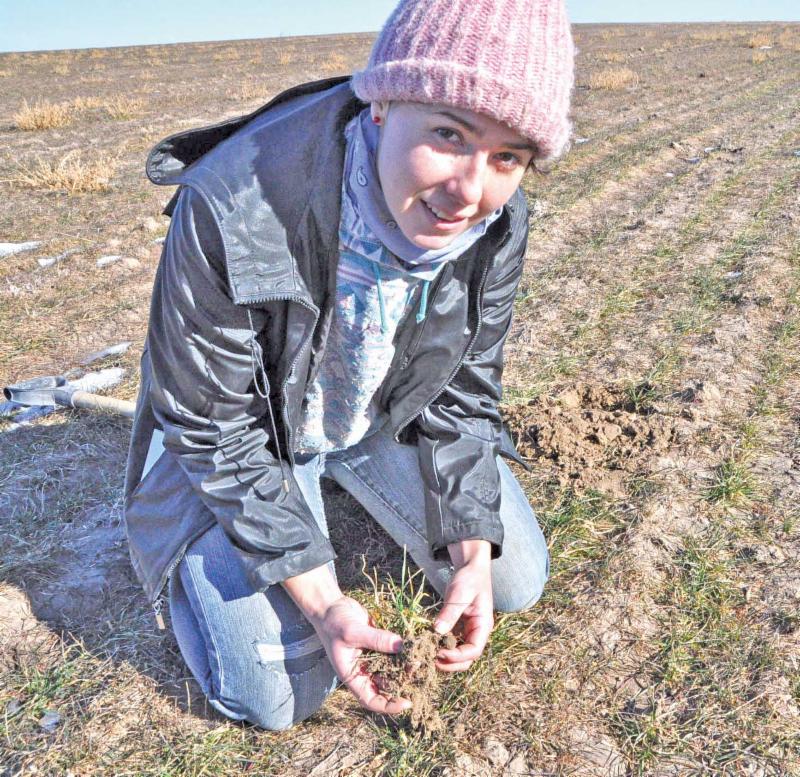 Turkey Red wheat planted this fall on her family’s farm in Northwest Kansas, right. She was an instructor at January’s “Grain School” hosted jointly by UCCS and the Rocky Mountain Seed Alliance.

Technical advances, whether in the form of bigger equipment, genetically modified seeds or ammonia anhydrous fertilizer, never held any appeal to her family, says the fifth generation Kansas farmer from the small town of Jennings. “My grandfather tried a pesticide on grain sorghum once, but the smell was so strong that he told his sons to stay inside the house for the next four days,” she says. “That was the foundation for us to certify as organic as soon as they created a standard for it. It’s just been part of our values as farmers for a very long time.”

Small farmers who grow heirloom varieties and use natural production methods would seem to have a leg up in a marketplace that increasingly values locally grown, fresh, healthy, unadulterated foods. But in media interviews, local op-eds and public presentations this winter, Ranch Foods Direct owner Mike Callicrate emphasizes that big corporations taking incremental steps – doing just enough to claim antibiotic-free chicken, “cage-free” eggs or organic milk – and dressing it up with feel-good marketing are draining opportunities away from the farmers who represent the true spirit of sustainable, organic, regenerative food production.

DID YOU KNOW? … Only 11 cents of what you pay for a loaf of bread sold at retail goes back to the farmer who grew the grain to make it.

Similarly, a chicken is worth $7 at the store, but only 36 cents goes to the farmer who raised it. Rotten, a new documentary series on Netflix, pulls back the curtain on this and other eye-openers ranging from China’s garlic monopoly to honey fraud to corruption in global meatpacking.