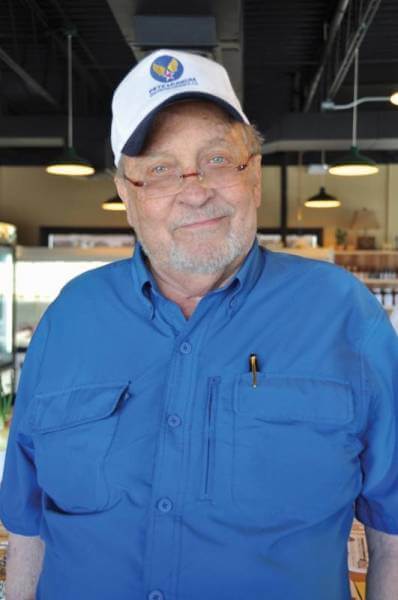 CLAIM TO FAME:
Former marketing director for a newspaper in Woodland Park

FAVORITE ITEMS:
The three-year-old aged cheddar: “I like it because it’s extra sharp.” And the beef: “You’ve just about priced me out of the filet mignon, but that isn’t your fault, because beef has gone through the roof!”

SHOPS WITH:
A Ranch Foods Direct “community card” (he uses it to donate a portion of every purchase to the Pauline Memorial Catholic School/St. Paul Catholic Church.)

PRODUCT HE WOULD LIKE TO SEE AT RFD:
Tasso is a pork product found only in south Louisiana, in Cajun country. If Ranch Foods Direct wanted to do it, they would be the only business making tasso in Colorado. Originally tasso was made from the pork shoulder. It was a staple for poor people. Centuries later it became gourmet food, and now they make it out of other parts of the pig. You roll the meat in Cajun spices, smoke it, dry it, and then cut it. You can eat it by itself – it’s spicy – or you can mix it with jambalaya, crawfish pie or with peas, soups or other similar dishes to add some kick to them.