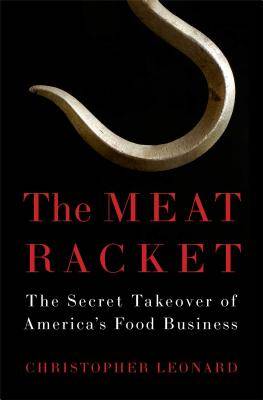 Investigative journalist Christopher Leonard provides a riveting overview of the modern meat industry in The Meat Racket: The Secret Takeover of America’s Food Business. Reviewing the book for the Wall Street Journal, Moira Hodgson called it “gripping,” adding “the picture Mr. Leonard paints is a disturbing one,” revealing a system that “keeps farmers in a state of indebted servitude, living like modern-day sharecroppers on the ragged edge of bankruptcy.”

He is among the distinguished authors and academics who will gather in Colorado Springs the rest of this week to discuss marketing and trade issues at the behest of Ranch Foods Direct owner Mike Callicrate. As current president of the Organization for Competitive Markets, Mike is playing host to the group’s annual meeting. Proceedings are open to the community in conjunction with Local Food Week, including a series of food and agriculture-related talks being held on the Colorado College campus. OCM is a nonprofit group working for “open and competitive markets and fair trade for American food producers, consumers and rural communities.” It acts as a think tank bringing together the nation’s brightest minds currently engaged in the study and advancement of ethical trade practices.