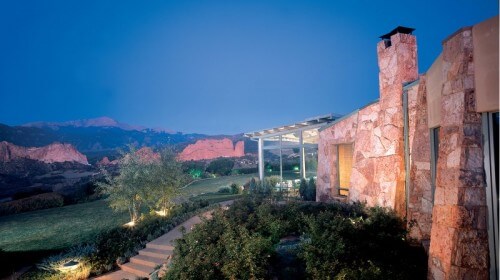 THE SCOOP: The Garden of the Gods Club dining lodge, overlooking “America’s mountain” and the breathtaking red rock formations of the famous park next door, is arguably the most stunning spot in the city. Now the burgers and steaks on the menu are good enough to rival the views.

The lunch menu now includes several Callicrate Beef burger options, including the Française, described as “a half-pounder on a griddled brioche bun with vinaigrette, frisee and poached egg.” For dinner, selections include a flame-grilled Callicrate New York strip steak (accompanied on a recent menu by a “dried apricot and caramelized onion sauce.”)

Even better, here’s the new wording now printed on all menus:

“We are proudly partnered with Callicrate Ranch and Ranch Foods Direct who provide our beef and most of our meats; humanely treated, hormone, antibiotic and GMO free. Where we can’t source locally, we still insist that our meats are consistent with the standards set by Ranch Foods Direct.”