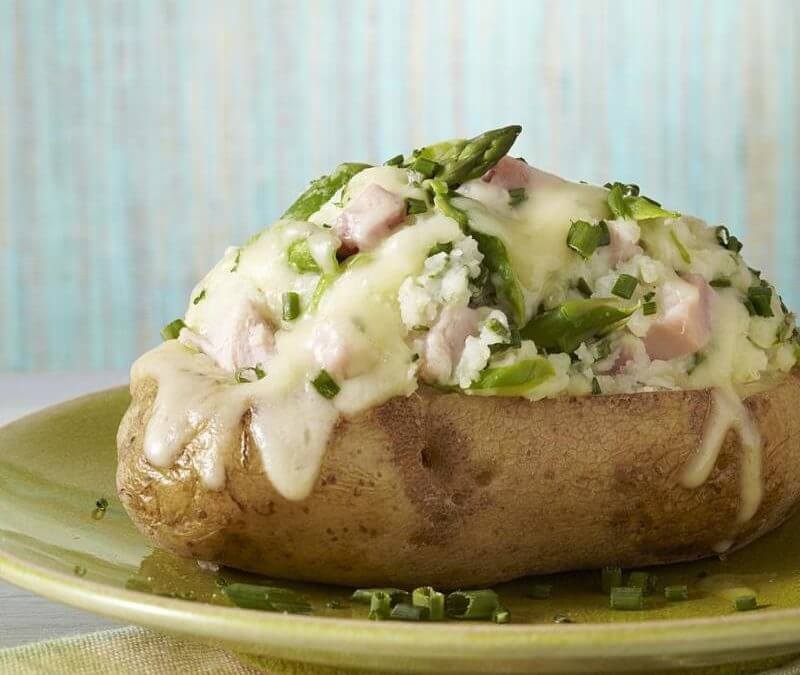 Bake potatoes until soft. While they bake, steam (or stir-fry) asparagus. Combine asparagus in a bowl with ham, sour cream, ½ cup Swiss cheese, 6 tablespoons chives, and ½ tsp. of salt and dash pepper. When the potatoes are cool enough to handle, cut off the top third, then gently scoop out the flesh; add to the ham mixture and gently mash together. Stuff mixture inside potato shells; top each with 2 tbsp cheese. Heat in oven until cheese melts, then serve.