To welcome a new craft beer-cocktail-and-eating experience to the Fillmore business corridor, Ranch Foods Direct will grill Callicrate Wagyu sliders on Saturday afternoon at Tap Traders, a unique taproom and eatery located directly north of the K-Mart store at Fillmore and Nevada, starting at 2 p.m.

(Access is available at the northwest corner of the K-Mart parking lot as well as by a side street that runs from Nevada along the north side of the Big Train Restaurant; address is 3104 N. Nevada Ave., Unit 100, phone 719-434-2954.) 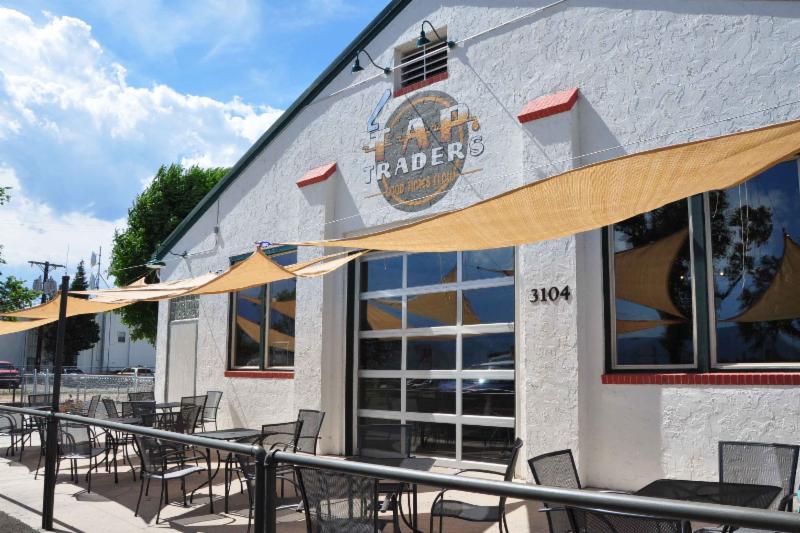 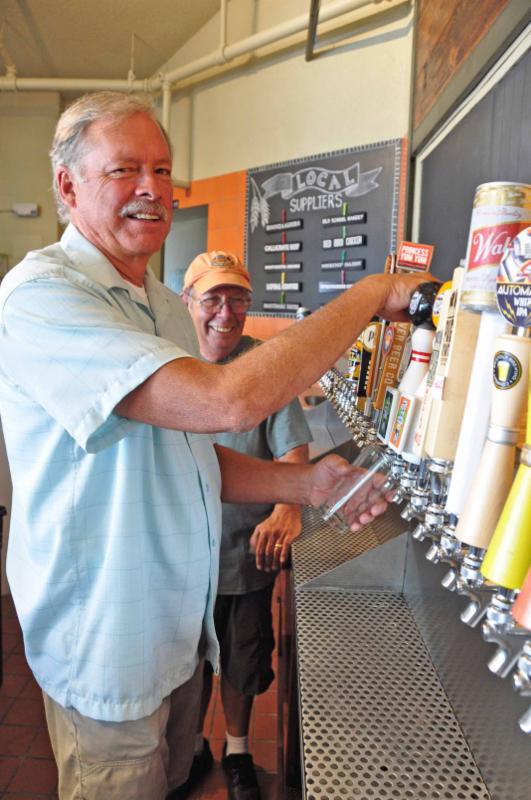 The taproom and outdoor patio (shown above) officially opens today (Friday) with initial hours of operation from 2 p.m. to 9 p.m., Wednesday through Sunday. Brothers and long-time business partners Tim and Tom Black (left) operate the existing tile store and showroom next door (called Tile Traders) but wanted to diversify and try something new. “We thought we’d do something a little fun,” Tim says.

In addition to serving $3 sliders on Saturday, Tap Traders will offer a smorgasbord of Colorado craft beverages and food, drawn from local suppliers like Callicrate Beef, Springside Cheese and Boonzaaijers Bakery.

Under the direction of chefs James Davis and Andy Lopez (right), the menu leans Bavarian — German brats and sausages, spaetzle, apple strudel and mustard-and-cheese-dipped pretzels — with the requisite pub fare basics like burgers (Callicrate Beef, of course) and cheese and charcuterie. (In a 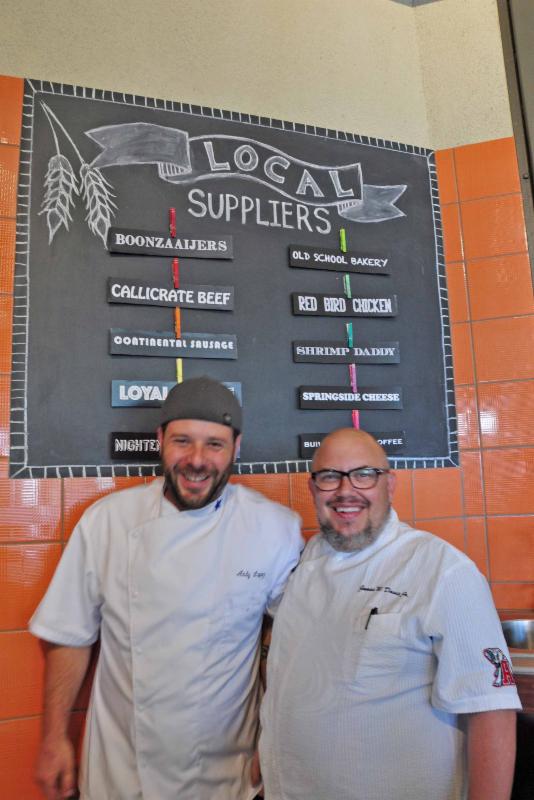 playful nod to their existing business, the meat-and-cheese plate is served on a chef’s tile.) Flowing from the bar’s 30 taps are craft beers from Colorado’s coolest breweries, as well as cider and kombucha, offered alongside Colorado wine and a list of classic cocktails — with a few “pretty groovy” twists, Tim promises – and made with, you guessed it, Colorado Proud spirits.

The whole endeavor offers a feast for the eyes as well as the palate. The building, which dates back to 1938, once housed the Alexander Film Company and Alexander Aircraft, with planes lined up in a cavernous warehouse next door. Integrated into the décor are antique film projectors, pieces of old aircraft frames, black-and-white photos and a miniature replica of the surrounding 17-acre film studio campus as it existed nearly a century ago. Beyond the bar, in a high-ceilinged inner room perfect for hosting special events, striking wooden ceiling beams and a large vault, once used to store sensitive reels of film, add intriguing details. “There’s eye candy every which way you look,” Tim says.

Tap Traders’ opening joins other exciting developments that are bringing new life to this otherwise ordinary workaday neighborhood. To the north is the vibrant University Village area, where UCCS’ expanding campus will soon add a new cyber-security training center. To the south, the old Lincoln Elementary School has been transformed into a trendy retail space with unique independent shops and cafes. And along Fillmore Street itself, Ranch Foods Direct, Colorado Coffee Merchants and Boonzaaijers Bakery have helped diversify away from fast food outlets and chain stores, bringing a much-needed splash of local character to what had been a nondescript stretch of town.

Tim and Tom are thrilled to contribute to the new vibe. “This area is prime for revitalization,” Tim says. “Just down the street, thousands of people work and go to school, and we’re close enough that they can bike or walk here. We hope they’ll come over this way and find something to their liking rather than just more of the same old chain stores.” 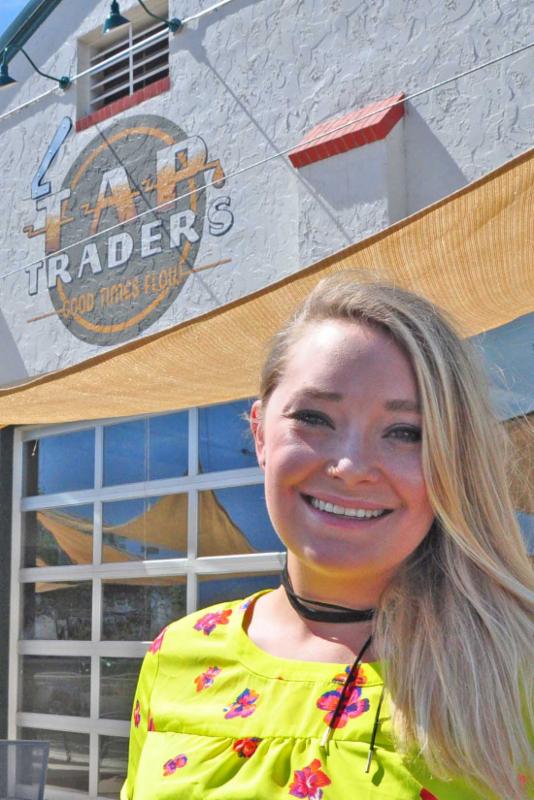 company’s logo and website, spent the past year watching the business’ transformation unfold with great admiration and anticipation.

“They’ve worked really hard to transform this old building into something beautiful,” she says. “There’s so much history to see here. And it’s environmentally sustainable, with rooftop solar panels installed to provide the electricity.”

“I like that everything’s local,” she adds. “There’s a story to it.”