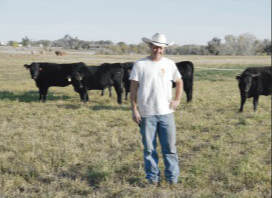 The seven founding members of the Arkansas Valley Organic Growers cooperative held an end-of-the-year gathering at the Jay Frost farm in December to celebrate the “never-ending season” of locally grown produce. An exceptionally long mild fall has meant continued supplies of local potatoes, onions and squash lasting late into the year and still available at Ranch Foods Direct.

“It’s been a good year,” says Marcy Nameth of Greenhorn Acres, one of the seven farms and coordinator for the co-op. “We’re double last year as far as volume of products sold.”

With strong underlying support from Ranch Foods Direct and Bon Appetit Management Co., which furnishes the meals for Colorado College, the AVOG group has continued to make strides.

“We are working on identifying the gaps, where we didn’t have enough of something or we didn’t have it available long enough to satisfy the local market,” Marcy says. “We want to plan for better availability during the season. We believe we can increase our sales just by having more consistent product offerings and selling more to the same accounts.”

“Also, we did get a lot of inquiries this fall,” she adds.

AVOG hit several exciting milestones in 2010. In June, the group was officially incorporated as a cooperative, allowing them to apply for grant money from the U.S. Department of Agriculture’s Rural Development Agency. The group was successful in winning a Rural Development grant of $93,000 to be used towards training and technical assistance.

Part of that will likely be used to put the coop’s production standards in writing. “We need guidelines to share with other farmers in the area who can provide us with additional produce,” Marcy says. “To this point, there’s nothing in writing to explain what our standards are.”

The co-op’s seven members include Venetucci Farm, Country Roots Farm, Javernick Family Farm, Hobbs Family Farm, Kim and Doug Wiley at Larga Vista Ranch as well as the Frost family and Marcy’s Greenhorn Acres. At certain times of the year, they buy additional produce from other area farmers including Glenn Austin, Adam Smith and Milberger Farm. The co-op is a member of the Peak to Plains Alliance.